The second intercollegiate World of Images photo contest has come to a close. The primary purpose of the competition is to encourage budding photographers and foster the production and sharing of high-quality artistic or documentary works, but it also offers the opportunity for some stimulating academic projects.

In 2002, the CCDMD launched the image bank Le Québec en images to meet a need for copyright-free media files for the production of high-quality teaching materials. In 2009, this unique educational collection became the World of Images website. So far, just over 47,000 media files are available, with video clips, illustrations and PDF documents in addition to photographs.
In 2011, when we were looking for a platform to host a photography competition exclusively for students of the CEGEP network, the World of Images website was the obvious choice.

Over 500 students – at least one from every single one of the sixty-some CEGEPs in Québec – have taken part in one or both of the competitions, submitting a total of 7,500 photographs. For the second edition, we decided to set a limit of five photos per participant, to reduce the number of photos submitted. Like all the images on the World of Images website, the participants’ contest photos can be used as long as the Creative Common Attribution-Non-commercial-ShareAlike (BY-NC-SA) licence is upheld. That means you can use them to illustrate the educational materials you produce (course notes, digital slide shows, etc.), as long as you cite the sources and don’t sell your materials, of course!

This is only the beginning, but we firmly believe that the competition has great potential to fulfil a major role in the range of activities and competitions open to students. This year, for the first time, we held an exhibit of the best photos submitted to the competition, at the Collège Ahuntsic library. We hope it won’t be the last!

A number of the photos entered in the contest came from academic projects.

SELF Portraits of the everyday
© Corey Deschambault

Corey Deschambault and Isabelle Gadbois, for example, were assigned to create a portfolio of five photographs for their final project in the photography program at Dawson College. Corey’s engaging series of five “SELF Portraits of the everyday,” inspired by photographer Richard Avedon, attracted the attention of several jury members, as did Isabelle’s photograph “Sourire canin,” which earned a special mention.

Other entries were taken for a photography course that explored digital processing. That was the case of “Racines” by Anne Laudouar, a student in the Lasalle College photography program. Anne, who was entering the contest for the second time, explained that the project was inspired by our connection to the Earth.

But it wasn’t just photography students who entered the contest. Malika Jasmine Gabaj Castrillo, a social science student at the Collège de Maisonneuve, submitted a photo she took on an introduction to international cooperation internship in Nicaragua (Liaisonneuve). “La dame en bleu,” which also made the finalists’ album, was used to document a project on the women in Puertas Azules. 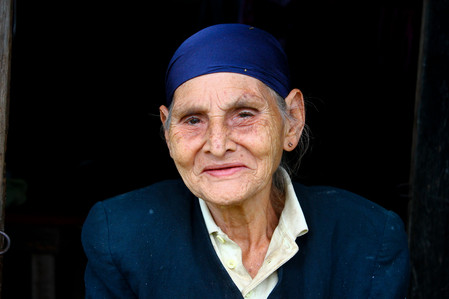 Geneviève Blais, art history professor and ITC advisor at the Cégep Gérald-Godin, promoted the contest to her students. She thinks they need to be encouraged to participate because they don’t believe they have enough talent.

She offers photography courses with a photo contest as the final project. “It’s a great formula, because it motivates the students. It also develops their critical sense about their own work and that of their peers. Criticism is easier when it comes from others.”

Her hope is that a student in her CEGEP will win a prize in next year’s intercollegiate contest!
Take a quick look at the photos submitted for the 2012-2013 contest: there are some beauties!

The World of Images Intercollegiate Photo Contest: An Opportunity to Integrate ICT Profile Abilities into an Educational Activity

A Treasure Chest for Teachers – Discover Jewels from the CCDMD!

Thousands of Resources at Your Fingertips!

Veronica Gill and Réjean Jobin discuss the many means used by the Collegial Centre for Educational Materials Development (CCDMD) to facilitate access to both[...]