Afternoon Tea with Seniors: A Model of Community Engagement Teaching

This community engaged teaching activity, funded by the Entente Canada-Québec relative à l’enseignement dans la langue de la minorité et à l’enseignement des langues secondes provided students learning English as a second language (ESL) the opportunity to interact with native speakers while integrating meaningful community service and the use of technology to collaborate at a distance. Students and teachers from 4 colleges collaborated around shared goals. The teachers developed projects that would allow the students to apply course content to real world contexts in their community.

There are several interesting stories that could be told about the various collaborations that took place. For this article, I interviewed Erin Clarke, the project coordinator, to find out more about the community engagement strategy and how it played out at Merici.

Many of the students in Erin’s class study in the Special Care Counselling program thus, the basic premise of the project was to offer the students the opportunity to use their second language skills in a community outreach activity that would require real-world skills for their future career. Students would interview people who may experience isolation and loneliness because of their inability to communicate in French. Students would use coping strategies, to deal with loneliness, learned in their program courses. This clientele could be English-speaking seniors living in the province from a time when they didn’t have to learn French necessarily. Also singled out were newcomers from other provinces (e.g. spouses of military personnel stationed in Quebec City) and people who arrive from other countries as refugees. Community organizations and church groups were contacted to find volunteers to meet with the students. 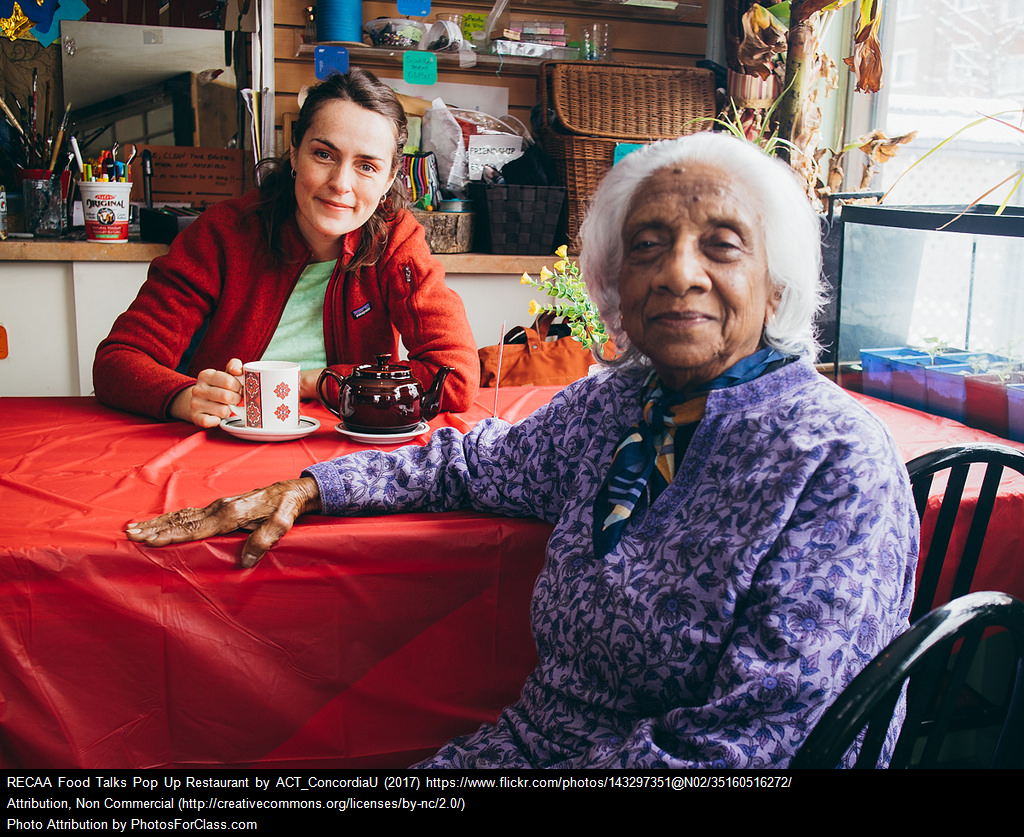 Another objective was to get students to connect with students from English CÉGEPs who are doing essentially the same thing in their program core classes. Erin collaborated with Melanie Doyon from Dawson College who gives a human development class. Both groups of students would be looking at the senior population from the same angle. They could add to or contribute to each other’s research. Students discussed what they felt were some of the issues of this population and collaborated on creating questions they could ask when interviewing the seniors.

Students collaborated on linkr an educational platform that allows “Student Interaction and Collaboration without Boundaries“. Students easily learned to use the necessary tools for the project. She gave her students certain requirements and they would figure out what technology to use, without her, as a ESL teacher, doing it for them. For instance, she asked her students to record the interview with the English speaker so that she could listen to it and make sure they respected the requirements (remain on task, speak only in English, use formal language). She didn’t tell the students how to get the recording to her. On their own, they decided to use the recording app on their cell phones and Dropbox to share the file with the teacher. They were able to use their technology, the tools they were already familiar with.

Teachers do not have to know how to do everything. Sometimes, we, as teachers, forget that students are leaps and bounds ahead of us when it comes to technology. All we have to do is say “we want this…” and let students figure out how to do it. 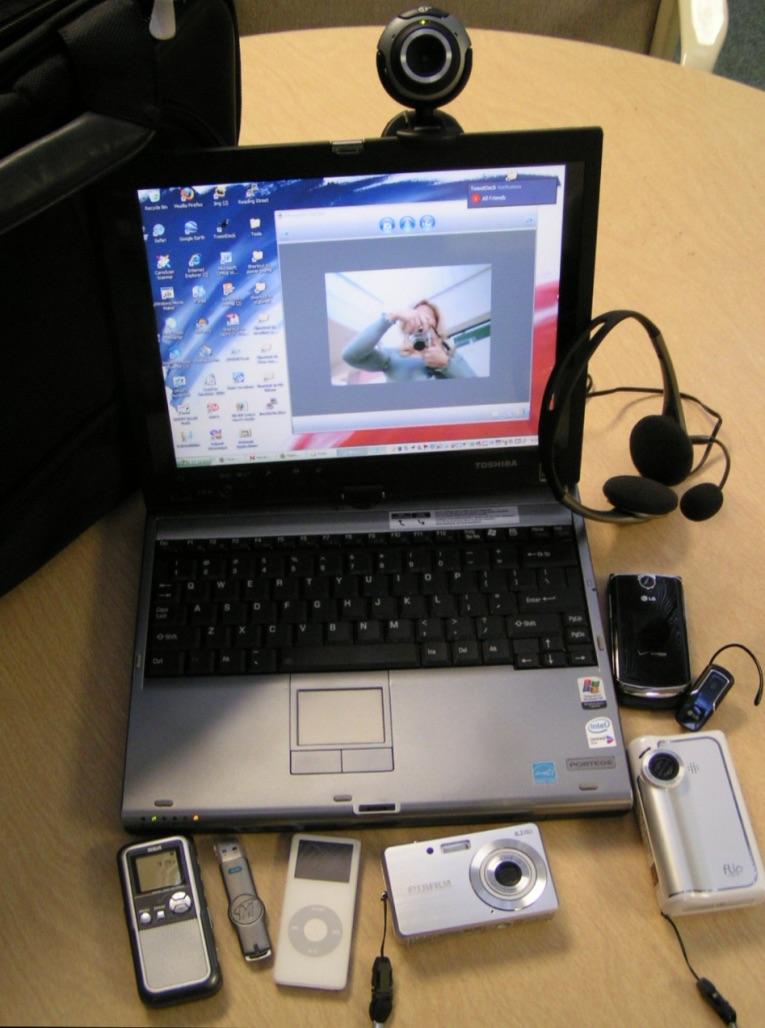 Students can figure out how to use digital tools on their own. (Photo Attribution)

Here are some tips that Erin gave if you wish to start such a project as well as examples of how the teachers went about it.

Many teachers do not use community engaged teaching because they believe that takes precious time away from content teaching. However, this pedagogy can, not only bridge the gap between campus and community, it can help develop the students’ knowledge of certain issues and their understanding of relevant theory. The seniors who participated in this project felt a sense of purpose and said they truly enjoyed meeting these young people.

She has had a busy career in education. With a M.Ed she taught all levels from kindergarten to university. However, most of her career was spent at the college level teaching ESL. She gave Performa courses, lead workshops at SPEAQ, RASCALS and l’AQPC. She served at the Ministère de l’Enseignement supérieur where she contributed to the evaluation of the general education components. She received grants from L’Entente Canada-Québec for various
research projects. Susan is also the recipient of the AQPC Mention d’honneur Award. Having retired from teaching she became a contributor to Real Life Stories of education technology integration at Eductive. Chinese ink painting helps her relax and travel keeps her energized.