Ever since the iPad came out, I’ve been exploring its potential in the classroom. At John Abbott College, we have stationary interactive whiteboards; they’re nice, but with my iPad, I can be anywhere and use media. In one small package, I’ve got a built-in whiteboard and access to an amazing amount of information at my fingertips, much faster than with a mouse and a computer. You can organize content in the middle of a class and instantaneously bring together seven or eight different kinds of digital media with the swipe of a finger. Furthermore many of these choices are high definition and for the moment the increased visual quality is startling.

Besides YouTube1, there are many applications available specifically for the iPad such as iBooks, a large number of pdfs as well as the iTunes University collection. A lot of the major universities are working on this last resource, and it allows individual universities and colleges to start creating their own content and make it public to any other schools that want to use it. 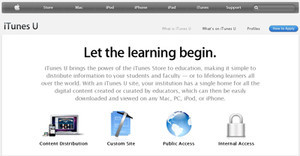 Last year, my goal was to figure out technically what I could do with the iPad1 in the classroom. The iPad1 had a lot of technical issues because it wasn’t able to mirror everything that was on its screen to a data projector. This meant that you couldn’t use all the apps because they wouldn’t show up on the VGA, and that was a key issue. So, I spent probably two or three months doing a technical work around using an application called Two Screens dealing directly with the developers. The software is still very useful because it’s got a file manager, and it’s got the electronic whiteboard built into it, and we’ll probably still use it, but at that time it wasn’t clear that a lot of these problems would be resolved in the iPad2.

With the arrival of the iPad2, my personal project shifted. I wanted to start accumulating information about different apps and iTunes University material and anything else off of the Internet that was going to be useful in class. Because there’s so much information out there, I couldn’t do it all myself, so I called on other professors at John Abbott who were interested to make their suggestions about what they’d found that was useful in cegep classrooms. 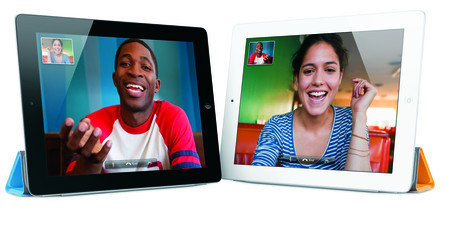 What’s on ITunes U? (Photo : courtesy of Apple)

I am opening this process to all the professors in the cegep system. With the help of my IT Representative Brenda Lamb, we’ve set up an iPad e-mail address atipad@johnabbott.qc.ca. Suggestions can include any and all types of apps and media appropriate for in-class use. This includes ipad apps, digital books and newspapers, websites, digital video sources and modules. This list will be compiled and communicated through the IT Rep/REPTIC distribution lists. Submissions should include at least a media name and a short description. Specific website addresses should be included where appropriate. Even if there’s only five other teachers out there who suggest ten applications or videos or pieces of media that I would have never found, that saves me a lot of time. The dynamism of people linking together is incredible.

An interesting possibility to submit is what I call a module. It involves taking media and integrating them with what you do in the classroom into sort of a step-by-step function that targets a particular learning level. You pull those things together to accomplish a certain thing in a certain class for a certain level of students and then someone else can take that module and use it for their cegep students. For example, I envision the environmental studies program at John Abbott as a potential user of iTunes University to create modules on this subject. 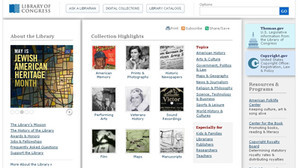 The potential for student involvement is also very great. I teach Research Methods as well as business. We have all types of labs. One of the labs that I do involves digital collections such as theLibrary of Congress of the United States. They have historical information that’s been digitized. I get students to research four or five different examples of websites that have collections on them. This semester for example I have eighty students getting 4 or 5 digital collection websites, and now I’ve got a list of about 300 of them. What I like about this assignment is that it gets the students involved and it’s also a very fast way of increasing the amount of information that I have available to me for other labs and projects.

For my own classes, my goal is to be able to have five or six different media items when I walk into class. They might last for two minutes; they might last for thirty minutes. I might have a two hour class, but I want to be able to throw these things on the wall spontaneously just using my fingers on the iPad. That’s a big difference from the way I’m teaching now which is PowerPoint based with maybe a video here or a picture there. Another difference is that some of these iPad applications are fantastic and it’s all HD on a big screen. It’s going to be a big upgrade for me in terms of how I’m teaching.

I believe my students are just going to be blown away by this technology, but perhaps as important is the fact that the iPad changes how the teacher teaches in the classroom. This technology takes the teacher from behind their desk and puts them among their students, where the learning is happening.

I joined the Business Administration Department of the Cégep de Trois-Rivières as a teacher 5 years ago. At that time, reflection was already underway on the[...]